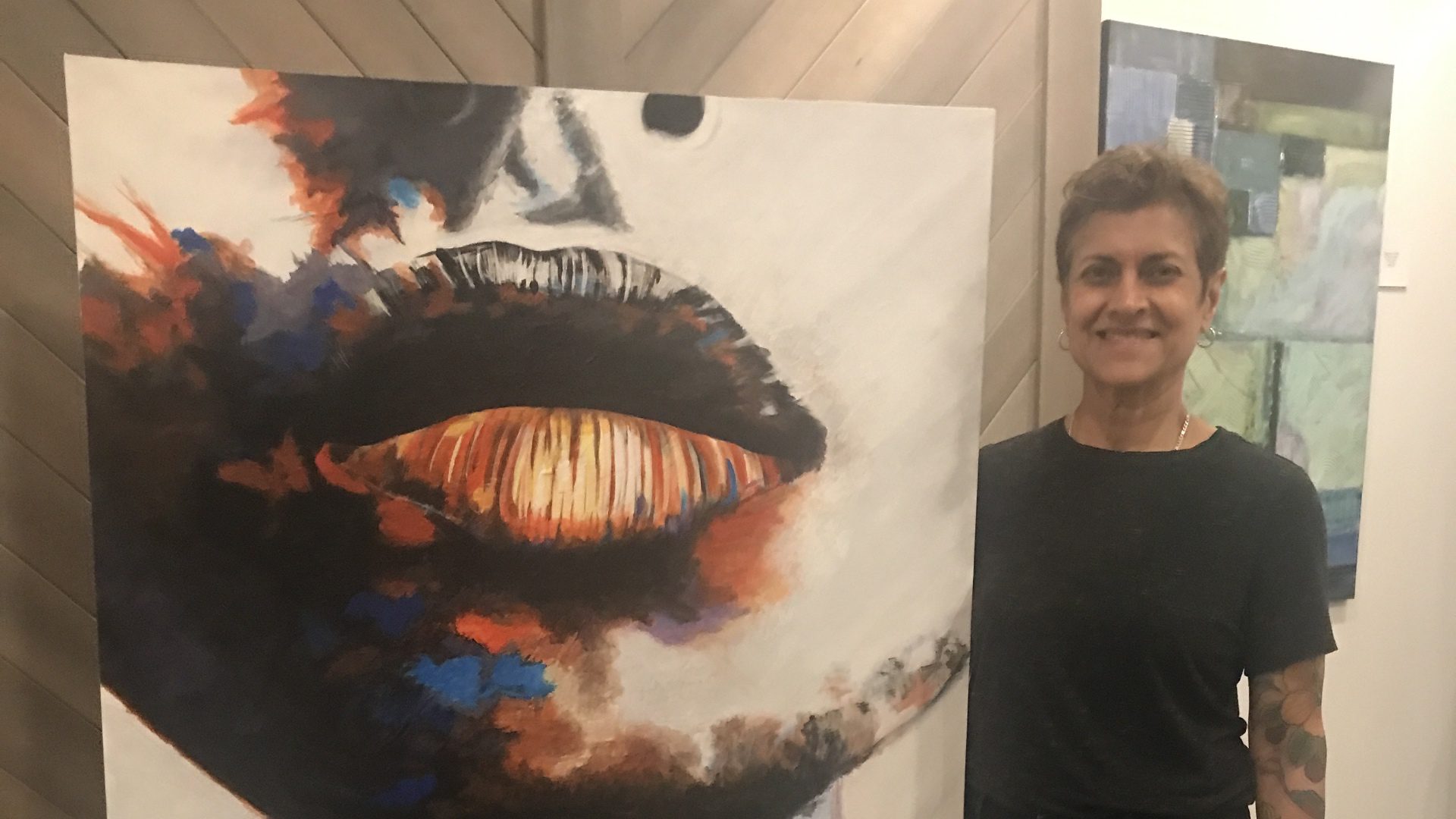 Ash was born in East Africa and remembers how her grandmother was always sewing and creating clothing. She was influenced by this and has always been drawn to art but, was discouraged from following anything outwardly “artsy” as a career.

She describes herself as a typical “left-brain thinker”, goal-oriented and focussed and so, her natural creativity was channeled into developing and designing travel programs all over the world, working as a contractor, and as a highly successful realtor for over 14 years.

Ash took up painting as a hobby and soon became aware that this new way of expression was relieving stress and boosting her creative and emotional growth. As a left-brain thinker, Ash dedicated her energy to improving her skills as a painter so that when she did finally show her work to friends and family, she was encouraged to get out there and show it to the world.

“Exploring visual art through painting is a profound homecoming for me. Always a creative thinker, I am finally ready to whole-heartedly embrace the role of “artist” and to share my process, my journey and my passion with the world.”
– Ash Jetha